The summertime has been extremely busy and before we know it Autumn is upon us. Many of the tourists had traveled home and we enjoyed a peaceful wise woman walk with an interesting group who were visiting from America. One of them, Eric had joined us on one of our walks five years ago and it was wonderful to see him again.

Our first visit was to Men an Tol. Rain was not forecast today, but when we arrived at the site, we were bathed in a short cleansing shower. 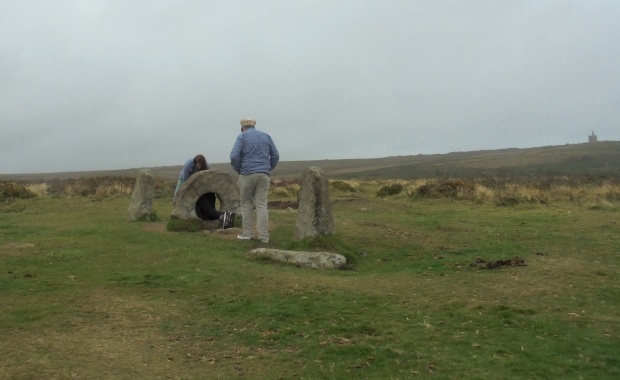 Each person is unique in their beliefs, their interpretation of the sites and the reasons they attend our walks. It fascinates me to observe and listen to their reactions, especially if they have not visited these places before. 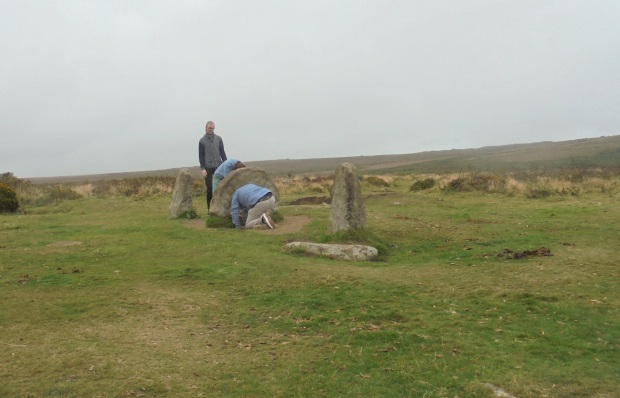 We also took them to Men Scryfa a nearby standing stone in a field opposite the Men an Tol. Cassandra discussed the carvings on the stone and the group gave their impressions of what they could represent. 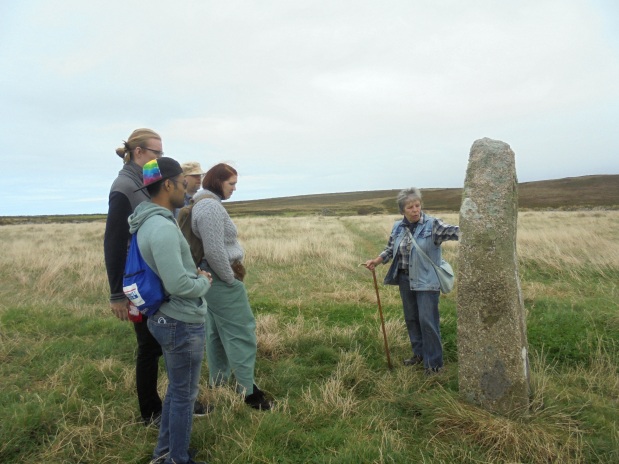 Carn Galva could also be seen from where we were and even at a distance its magnificent presence could be felt. 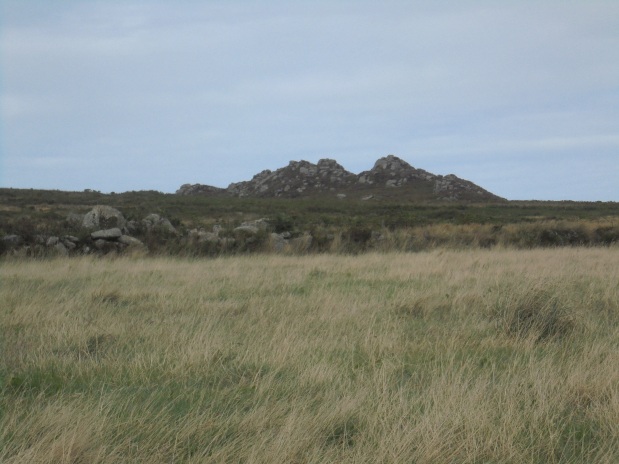 We also visited Madron Well and Baptistry. The hedgerows and trees were vibrant and full of life and our group enjoyed the abundance of blackthorn that surrounded them.

Cassandra spoke about the ‘clouties’ hanging from the trees, why they are put there and that this is acceptable providing the materials are biodegradable. 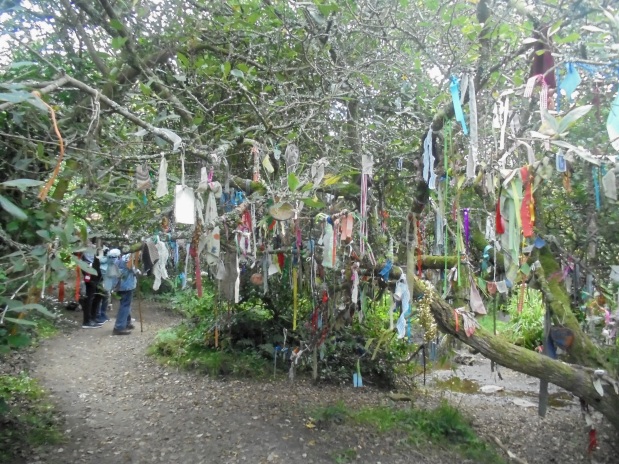 Madron Baptistry activates the imagination with its ancient energy. Unfortunately there was no water in the baptistry well on this occasion which can happen if the flow is obstructed or when there has been limited rainfall. 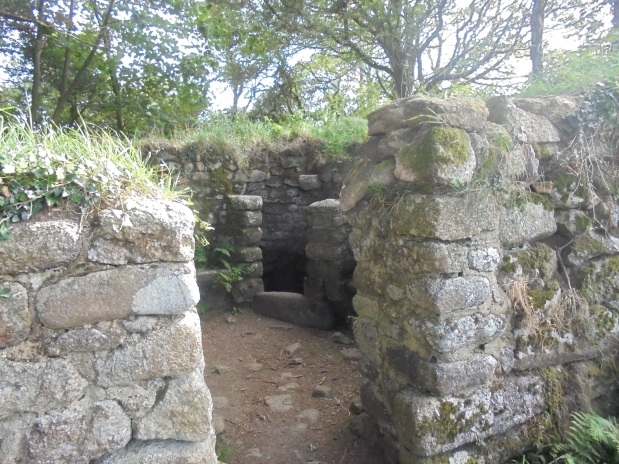 The sun appeared from behind the clouds and shone down on us as we sat in the baptistry. 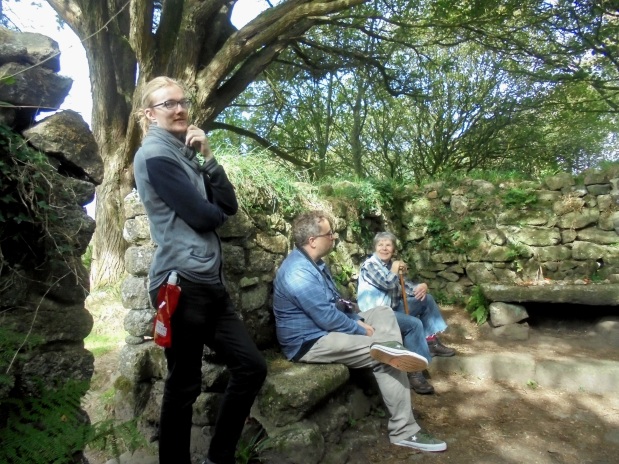 It was an enjoyable afternoon with a wonderful group of people. I’m sure our paths will meet again.

After an energetic 3 days at our local Mazey festival we were booked for a ‘Wise Woman Walk’ by a couple who also requested to be Handfasted at the Men an Tol.

We took them to Madron Well and Baptistry first where they enjoyed a hedgerow walk.

We arrived at Madron Well and while discussing the clouties, two men arrived and asked Cassandra questions about the history of the site. 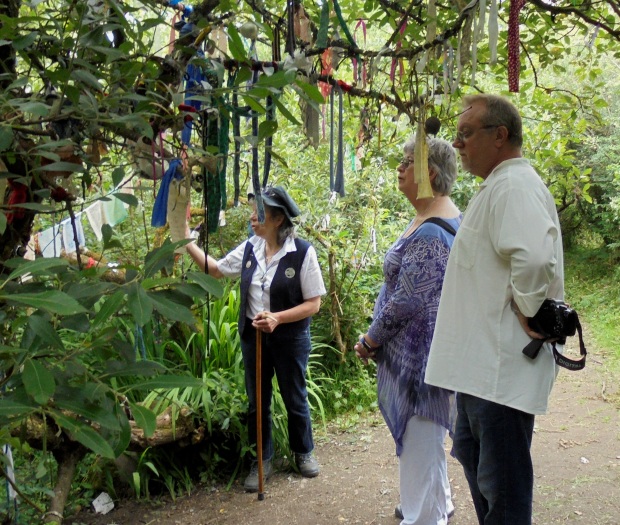 Madron Baptistry is wonderful at this time of year with all the lush greenery of summer. 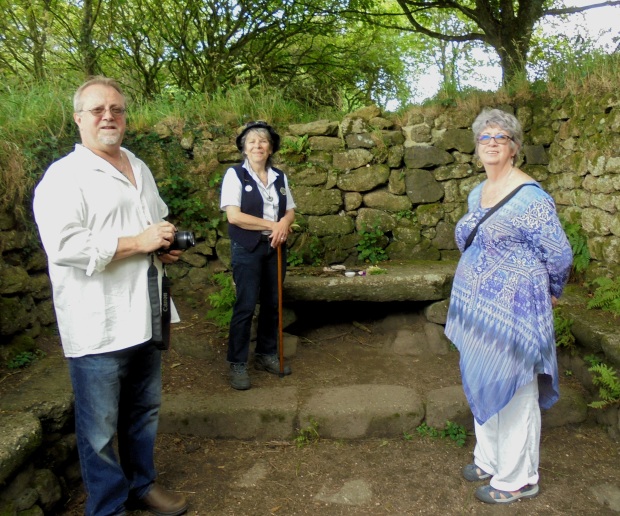 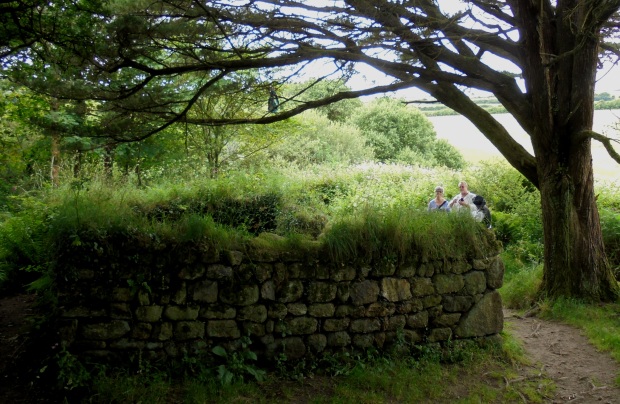 We were pleased to find no cattle present at the Men an Tol as it would have caused a problem regarding the Handfasting ceremony. The weather was perfect for our adorable couple.

Setting a sacred space at Men an Tol is a wonderful experience. 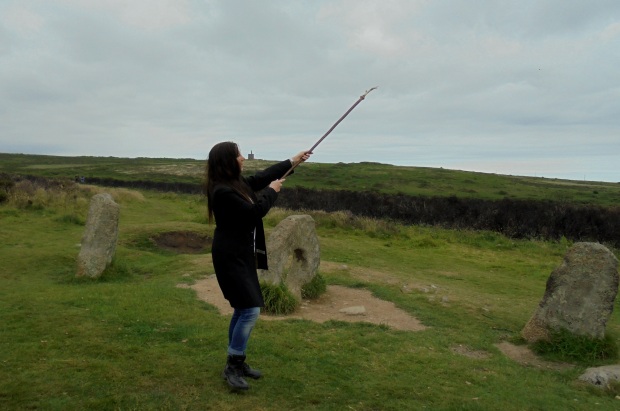 The couple loved the heartfelt words of the ceremony and their vows were full of emotion. 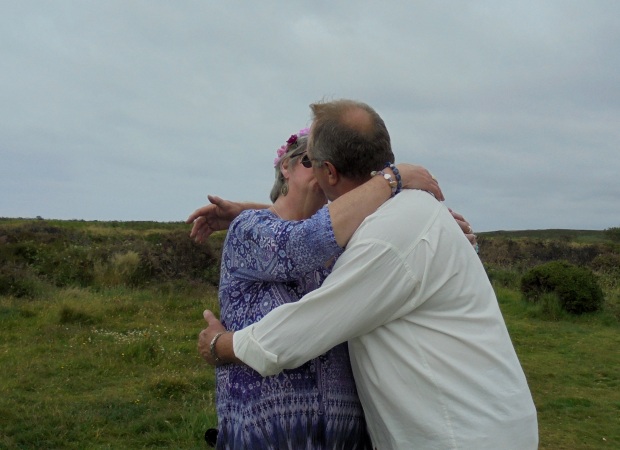 I bound their hands with the couple’s Handfasting cord while explaining the procedure. 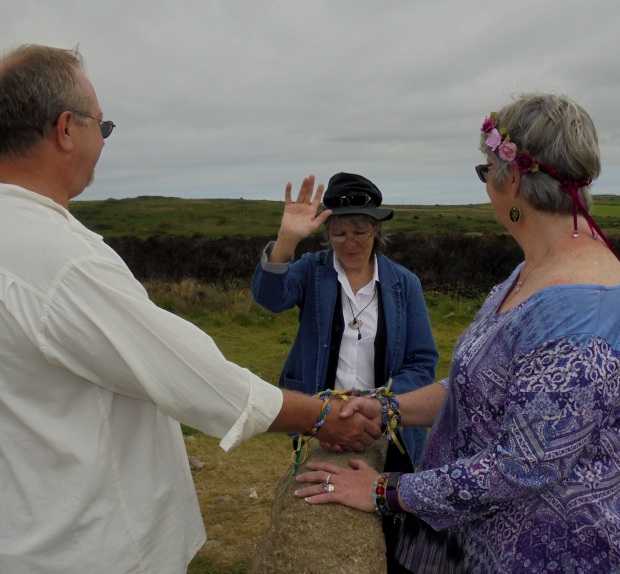 It was then time to partake of the special honeymoon brew we had made. 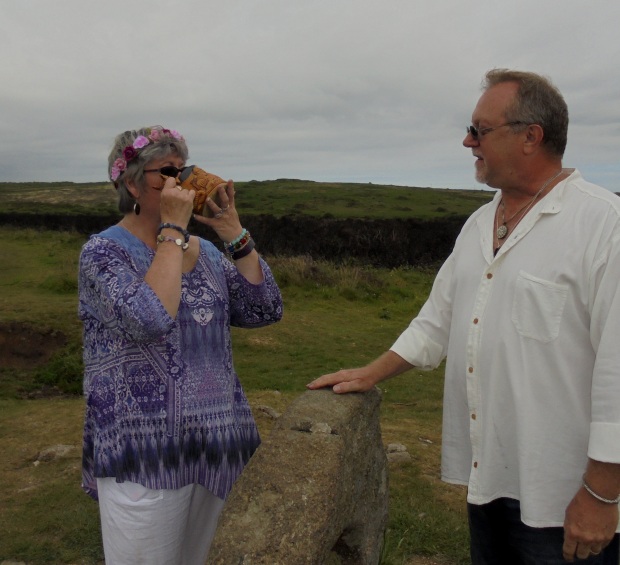 It was indeed a privilege to Handfast this adorable couple and spend time with the land’s wondrous grounding energy after an energetic but fabulous weekend.

Cassandra and I have been celebrants for many Hand-fastings since 2009.

We do our utmost to provide couples with the ceremony they desire and work closely with them leading up to the event.

We conducted a Handfasting ceremony for a young couple at St Loy woods. It was important to the bride that the bluebells were in bloom as it marked a special time of the year for them. 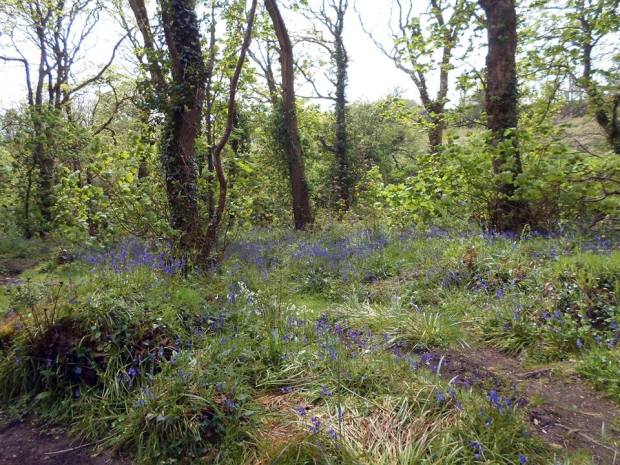 Ceremonies can vary in size and location, some couple invited many guests and others prefer a more intimate occasion with only themselves or they invite a few close friends.  The ceremonies held in public locations understandably attract ‘on-lookers’ whether it be the creatures of the wild or the ancient spirits of  land and sea, also in human form with passers by. The ceremonial training I have had within the Alexandrian tradition is useful when setting up the sacred space to perform these rites. 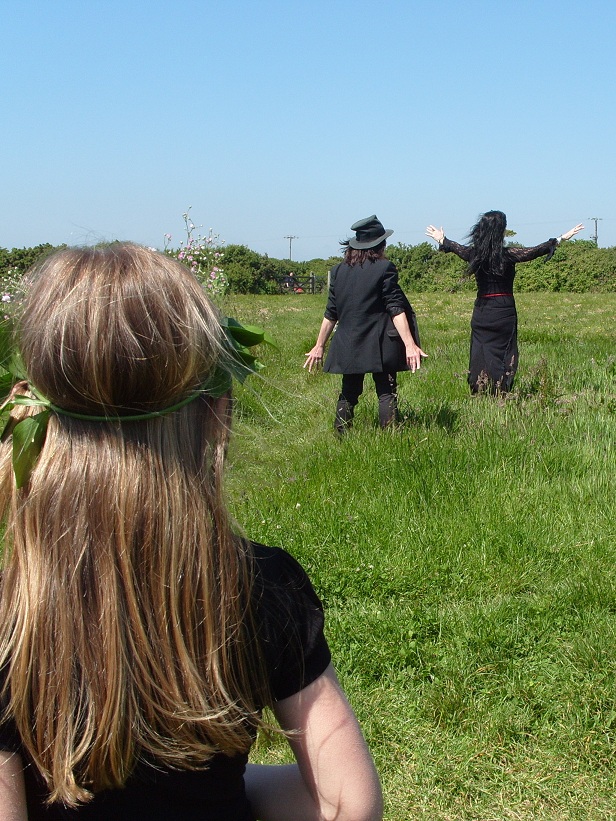 The image above is from one of our first Handfasting ceremonies at the Merry Maidens stone circle.  Only the couple and their family members were present as it was requested at short notice, but it still resulted in a wonderful event for them. Chinese tourists passed the site during the ceremony on an open top bus and captured images of the occasion. 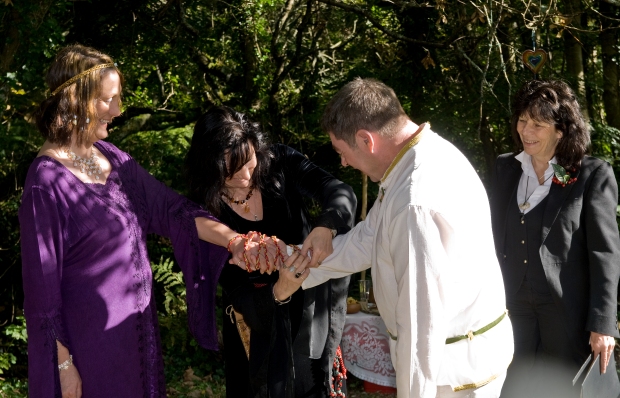 Cassandra and I performed this Handfasting ceremony ( image above) in the grounds of a Mill house which was our place of residence in 2010. It was a wonderful warm October day amongst the trees beside a small stream and the ceremony was magical. 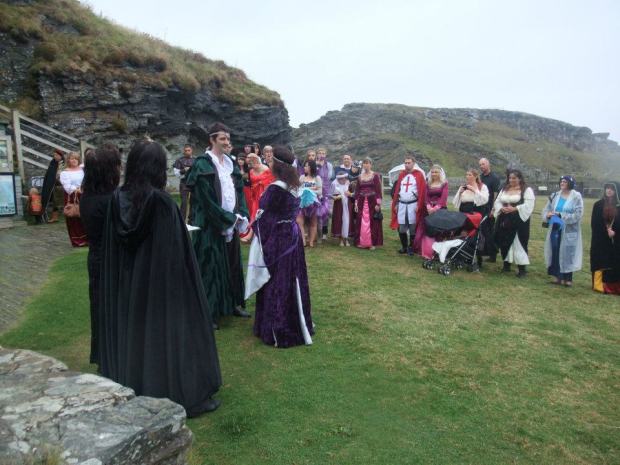 This ceremony (see image above) had a medieval theme and the venue chosen by the couple was King Arthur’s castle in Tintagel. There were a few rain showers but it did not dampen the celebrations at this ancient site. We were invited to a hog roast buffet in the King Arthur’s Arms, so we joined them in their celebrations and had a wonderful time. 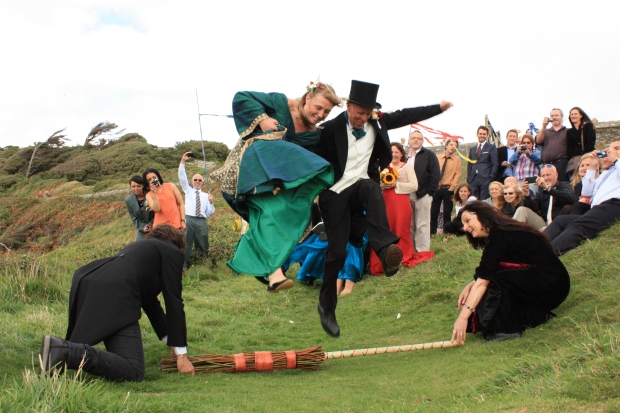 This ceremony (see images above) was held at Prussia Cove the location where the couple first met.  We had warm sunshine that day and working magically close to the sea was an extra special experience.  A friendship developed with the couple after the ceremony, we visit them often and they now have two adorable children. 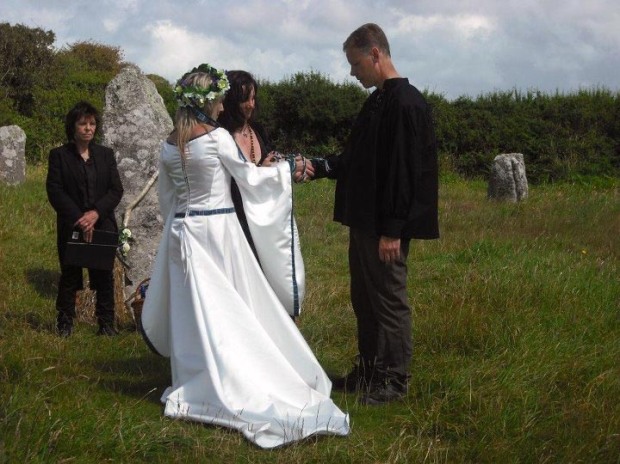 Boscawen-un stone circle is a popular site for Handfasting ceremonies. We will always remember this particular one as our ‘Obby ‘Oss Penkevyll made an appearance and performed with her Teazers from Boekka.

Madron Baptistry was the venue for this Handfasting (see images above). A couple had traveled from France accompanied by their family. They stayed at Godolphin House where we later joined them for a sumptuous medieval wedding feast with copious amounts of champagne held in the fabulous dining room. 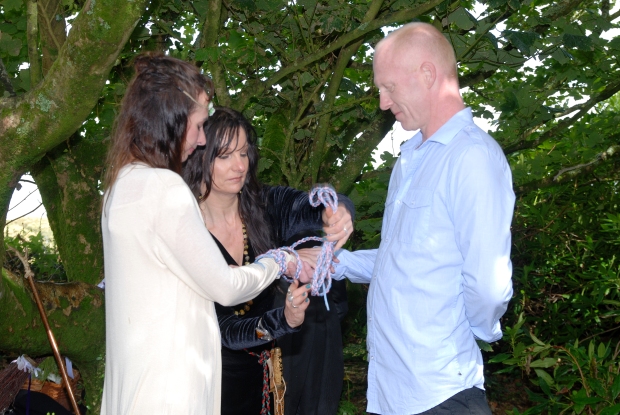 A couple from overseas had their ceremony at Sancreed Holy Well. They requested we purchase and decorate their broomstick in order to infuse it with fertile energy. Six weeks after the event they informed us that they had conceived and now have a beautiful daughter!

This ceremony ( see images above) was performed at the Sennen Coastguard look-out on a cold, wild and windy day! We attempted to place the altar accoutrements upon the table but they would not remain upright. The bride’s veil attached to her hat was vertical most of the time and the guests were huddled behind the building to shelter from the force of the wind.  We were determined to continue and the wedding party took it all in good humour. We were all appreciative of the warm open fire in the First and Last public house after the ceremony. 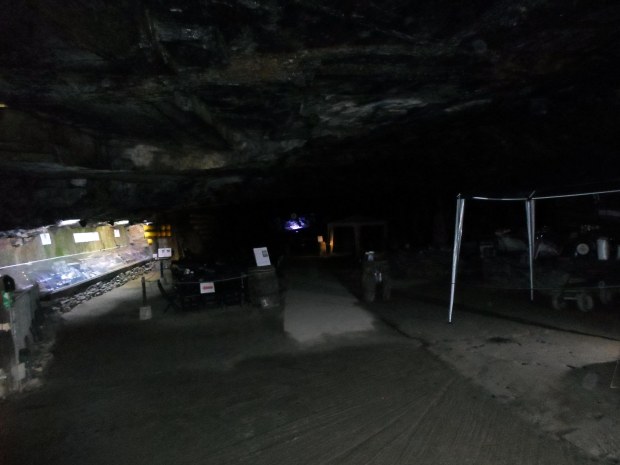 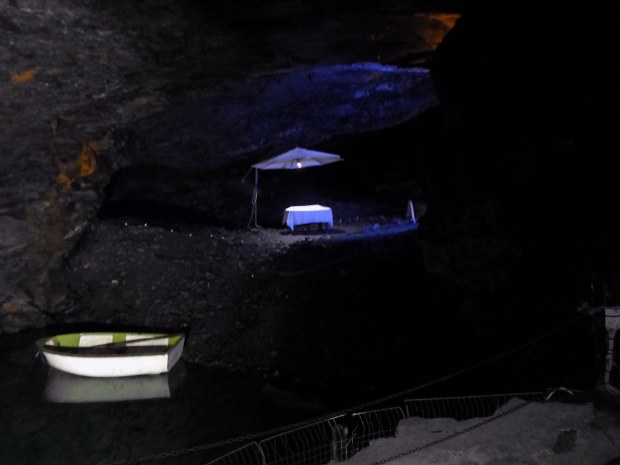 This Hand-fasting ceremony was held in the beautiful Carn Glaze Caverns. It was for a couple who had invited a small family group.  The acoustics in the Caverns were wonderful when Cassandra used her bull roarer and hearing the echoes of the marriage vows beside a fabulous blue lake.

We conducted another Hand-fasting at this venue for a jolly couple. Their laughter is infectious to all who know them. They also requested a performance by our ‘Obby ‘Oss Penkevyll and Boekka during their feast in the caves, along with a fire display team. (See video footage below)

We were delighted to receive a visit from them recently and were pleased to hear that they are both well and happy together.

These are just a few of the Handfastings we have been Celebrants for. Each and every occasion is special and unique in its own way.

If you wish to make enquiries about a Handfasting ceremony visit my contact page.