This year I took on extra responsibility in organizing The Dark Gathering as Cassandra needed help when the managers of the Museum of Witchcraft and Magic informed us they were leaving. We worked closely with Simon Costin the Museum owner informing and updating him on all arrangements.

Many people enjoy this event each year, but have no idea how much work goes into the organizing of it. As well as caring for the performers, Cassandra goes the ‘extra mile’ in caring for the community ensuring they know where to find accommodation and refreshments and also arranged with village residents a ‘park and ride’ scheme so disabled folk would find it easier to get to Boscastle. Cassandra has huge support from the Museum of Witchcraft and Magic, the Chamber of Commerce and other members of their local community.

When 2018 began, I sensed there would be significant changes in our lives and this has proved to be so.

At The Dark Gathering this year, our special guests were Wolfshead and Vixen Morris.  I looked forward to seeing them once again. 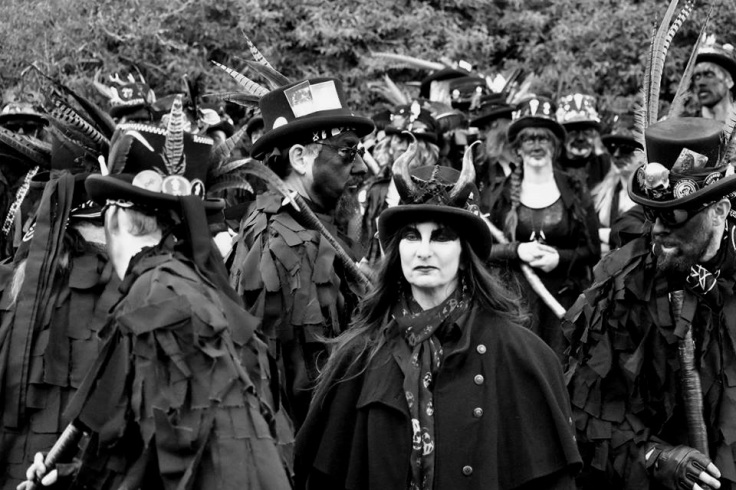 The first dance performed by Wolfshead is known as ‘Four Seasons’. A person is often chosen to stand in the centre of the space while the men dance around them. I was delighted when Melanie, Vixen’s Squire chose me to stand in the centre. It brought back fond memories of the last time this occurred outside the King Arthurs Arms Tintagel in 2001.

Later that afternoon, Melanie invited me to join them performing my favourite dance Gemini. It’s a dance I have not forgotten in the fifteen years since I last performed with them. It is also a favourite of Beltane Border Morris. 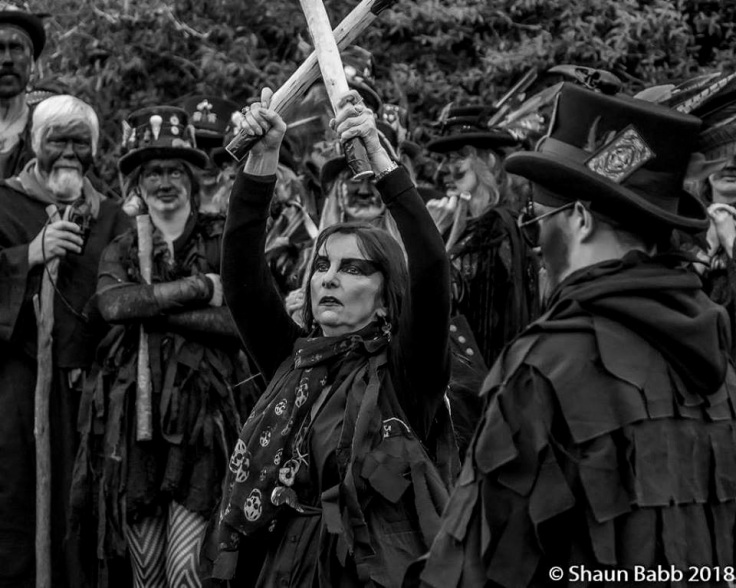 I had no time to practice, so they performed it once and then invited me to join them for a repeat performance. As soon as the dance began, the fifteen years I had been apart from Vixen seemed to disappear. I danced every move as precisely then, as I had all those years ago.

Here is video footage of their dance and at the end, you can hear them inviting me to join them for a repeat performance.

The members of Vixen were amazed that I remembered it and pleased with our performance together. It was wonderful to receive a hug from each of them when the dance was over.

The last time I performed with Vixen in Boscastle outside the Museum was seventeen years ago on the twelfth of June 2001 to mark the fiftieth anniversary of the Fraudulent Mediums Act and Witchcraft Repeal.

Participating in this dance again gave me a wonderful and positive memory of my final Morris dance at The Dark Gathering and being with them again completed the circle. It is the most satisfying Morris dance I have performed at this event and I cannot thank them enough for that opportunity.

The Dark Gathering goes from strength to strength and has a protective energy that surrounds it. Long may it continue.

7 thoughts on “An Auspicious Dark Gathering in 2018”