The All Hallows Dark Gathering 2017 event in Boscastle was significant for me. I have trained and performed as a Teazer alongside Cassandra Latham Jones since 2009 and it was at Chepstow in January this year she passed her ‘snapper’ to me along with the position of main Teazer.

At this event I guided Penkevyll and stood alongside her while the Wassail ceremonies took place.  The meeting on the bridge is a little more energetic as Penkevyll accompanies the Maris to meet the approaching English from the opposite side at the centre of the bridge. 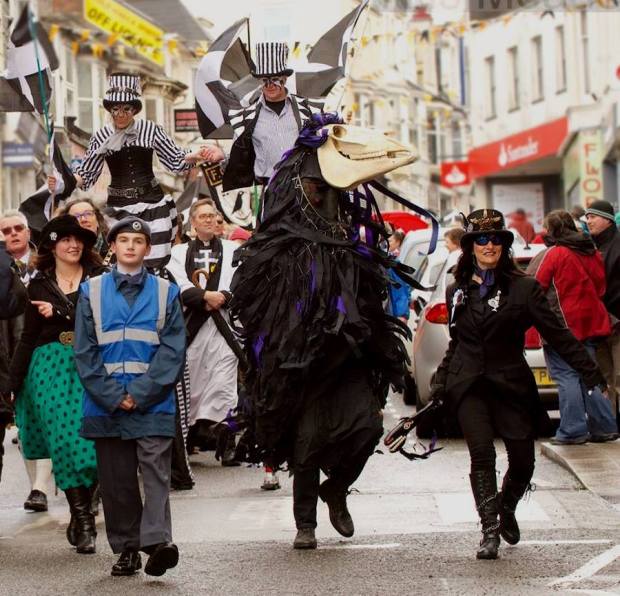 St Pirans festival in March invites Penkevyll and Boekka to take part in their procession at Redruth.  The procession is uphill and extra energy is required here while Teazing and interacting with the crowd along with keeping an eye on Penkevyll’s antics.

The All Hallows Dark Gathering in Boscastle is now a popular event. During the afternoon I build energy by moving to the tribal music played for the Morris dancers (I find Beltane’s music extremely powerful) and connect with spirits of place of on land and sea at the wondrous harbour of Boscastle. 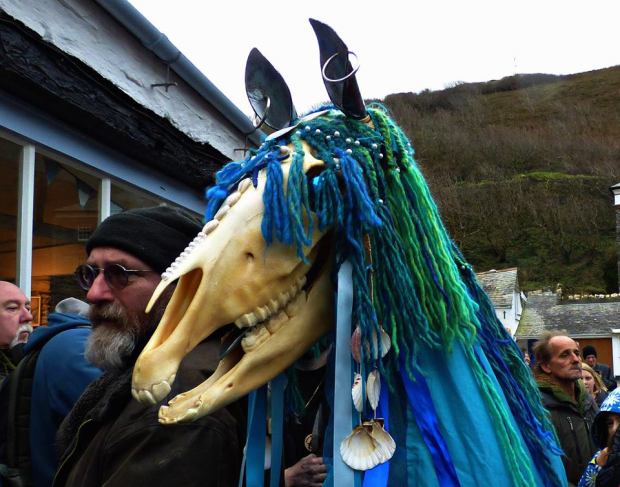 This year I also rode my Sea ‘Oss Morvargh during the afternoon accompanied by John and Sue Exton with their new Mari Seren. Dancing with Morvargh is also an ideal warm up for the Teazing of Penkevyll. Mole, the Squire of Wreckers Morris invited Morvargh to dance alongside his Morris band while they performed a dance about the sea. We worked well together and the audience enjoyed it immensely.

It was then time to return Morvargh to her stable and change into my Teazer kit. I prepared Penkevyll with the assistance of Cassandra and our rider. The procession led by the Maris made its way through Boscastle and the wonderful sound of throbbing drums signalled the appearance of Penkevyll. 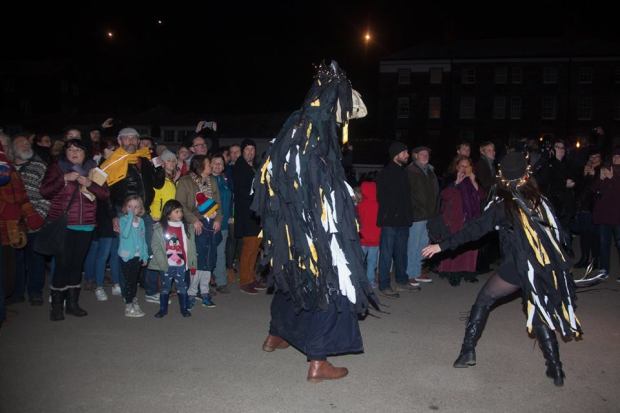 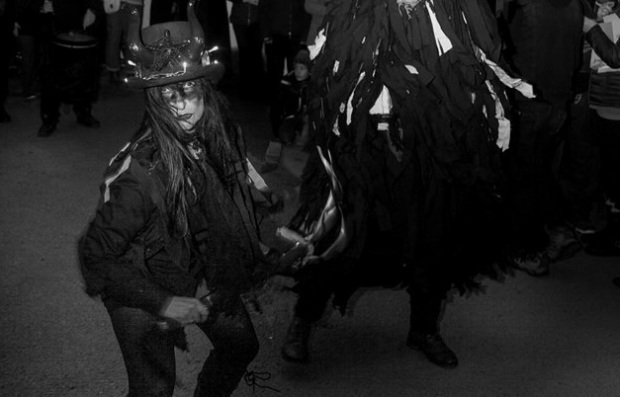 Our space was rather restricted this year as Mr Fox had their fire display equipment in the space. Penkevyll danced and interacted with the crowd until we observed the flaming torches of the procession.

We welcomed the Maris before guiding Penkevyll into the Museum for the Pwmco ceremony.

During this performance I was observed by my new apprentice Teazer. Gem is in her 30s and has a good connection with Penkevyll. She also understands the Cornish energies and has an enquiring mind with welcome experience in the performing arts. I look forward to her progression.

This year I sang the Cornish Pwmco alone while Susan Exton sang the Welsh version. I had no time to drink water after the energetic Teazing and this affected my singing as my throat was rather dry.  Susan and I thought the Pwmco went better than expected, particularly as she had little notice of this with Vivien’s sudden illness. 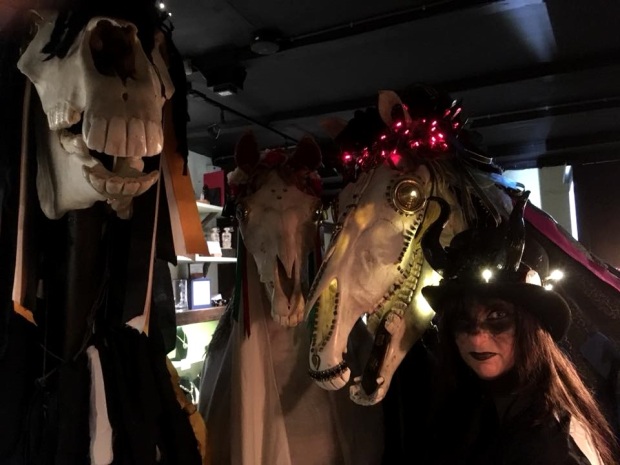 The Mari’s stayed within the entrance hall of the Museum of Witchcraft and Magic while blessing the property, as the corridors and stairs are difficult for taller ‘Osses to negotiate. After the refreshments of beer and cake, I guided Penkevyll outside to watch the fabulous performance of Mr Fox. There is a deep primitive energy about them which suited our event.

After Sarah Emery’s beautiful song, it was time for Cassandra, Michelle and I to invoke the spirits of place with our bullroarers. Will Fox from Beltane Morris delivered a wonderful speech about the meaning of Samhain followed by a blessing.

All participants worked hard, the cooperation and friendship of all concerned imbued positive energies into the All Hallows event of 2017. A fabulous start to the new Celtic year.

2 thoughts on “A New Year Begins…”